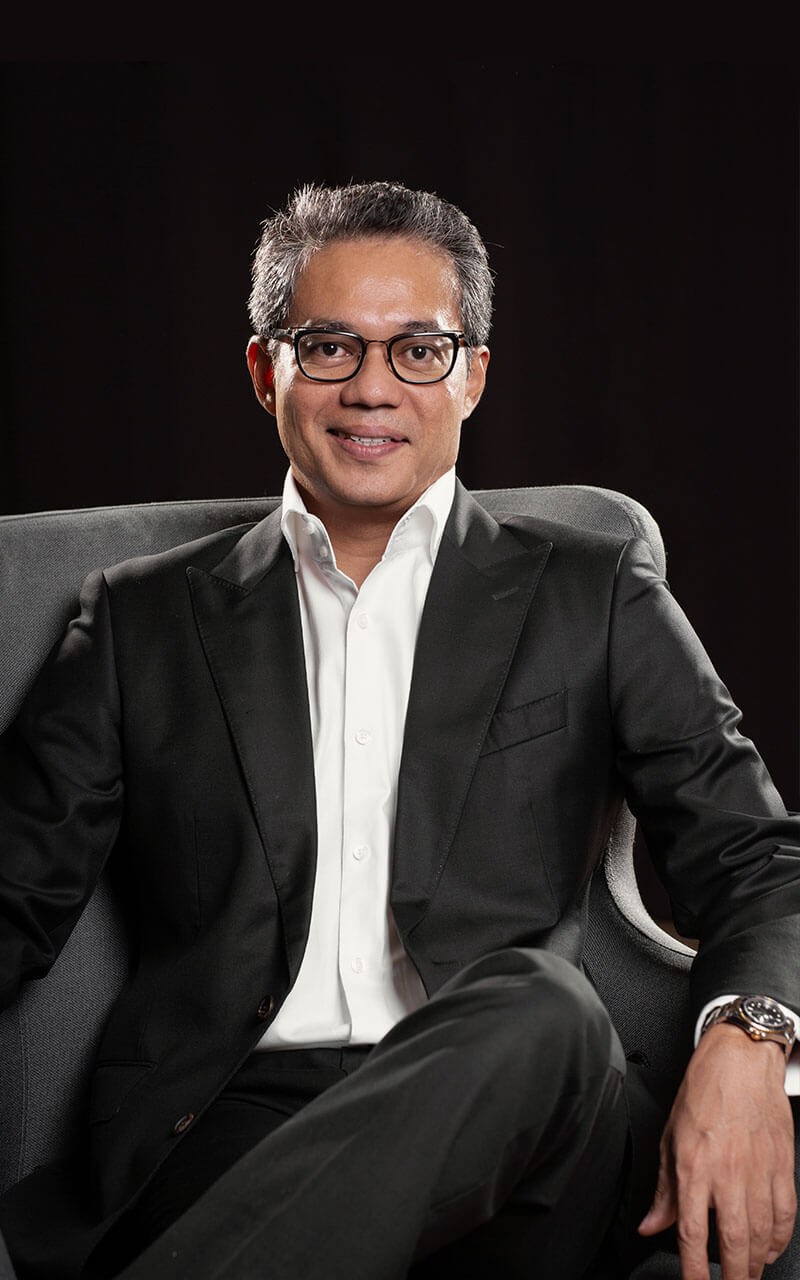 Alan Gomez was called to the Malaysian Bar in 1997 and commenced his career as an associate in one of the largest firms in Malaysia. He was an integral part of TOMMY THOMAS at its inception and was invited to become a Partner of the firm in 2003. His practice is wide-ranging, spanning financial services, corporate disputes, commercial litigation and arbitration, corporate insolvency, information technology, construction, land law, oil and gas, public law and securities.

He is an accomplished advocate who has appeared in many significant cases in the higher courts up to the Federal Court in a wide range of fields. Alan represented a consortium of banks in Malaysia’s largest foreclosure, resulting in the successful public auction of a property in excess of RM420 million despite vigorous opposition by the chargor at every stage of the proceedings. He is also counsel for one of Malaysia’s leading banks in one of the largest bankruptcy actions in the country, with a total proof of debt admitted in excess of RM396 million. He has also advised and represented a Building Society in a civil suit brought against its previous Chief Executive Officer for breaches of fiduciary and statutory duties.

Alan was also co-counsel in the leading case of MIDF Amanah Investment Bank Berhad & 9 Others v. Pesaka Astana (M) Sdn Bhd & 11 Others, representing the bondholders in a bonds dispute against a bonds issuer, lead arranger and trustee, the first of its kind in Malaysia. The firm and Alan were subsequently retained by a separate set of bondholders, comprising 6 financial institutions and a statutory body, in AMTrustee Berhad & 7 Others v. Aldwich Berhad and 6 Others, a landmark case in a bonds dispute against the issuer, lead arranger, trustee and reporting accountant. The firm and Alan succeeded in securing judgment against all the defendants in excess of RM177 million, having proved all the causes of action pleaded against all the defendants, including for breaches of the bond contracts, breaches of statutory duties, breach of trust and negligence.

Alan has also represented financial institutions in both domestic and international arbitrations at the Kuala Lumpur Regional Centre for Arbitration and at the Singapore International Arbitration Centre in securities, and information technology disputes involving the supply of core banking systems. He has also acted for a sole concessionaire in a domestic arbitration against a statutory body in a dispute relating to a Concession Agreement for the publication, printing and supply of textbooks to the nation’s schools and succeeded in obtaining an Award for his client in excess of RM36 million and in defending a cross-claim in excess of RM20 million.

He regularly represents some of Malaysia’s prominent construction and civil engineering companies in the higher courts, in arbitration and adjudication on commercial and construction disputes, and had successfully secured the release of one of his clients from considerable financial liabilities estimated at RM115 million in a dispute on the construction of Malaysia’s largest hydroelectric dam.

Meticulous, resourceful, assertive and convincing in his arguments, makes a point of really understanding the dispute and the issues at hand in order to safeguard the client’s interests.”

Alan has acted as co-counsel for a Malaysian regulatory authority, and secured worldwide Mareva injunctions against the promoters of an international Ponzi scheme, leading to recovery and repatriation of the largest fund for investors in Malaysia. He has also appeared on behalf of local authorities, applicants and respondents in Judicial Review proceedings, as well as the Malaysian Highway Authority, highway concessionaires and land owners in land acquisition matters.

Alan also advises and works with a leading international service provider to the oil and gas production and processing industry, and with Malaysia’s first listed independent oil and gas exploration and production company.