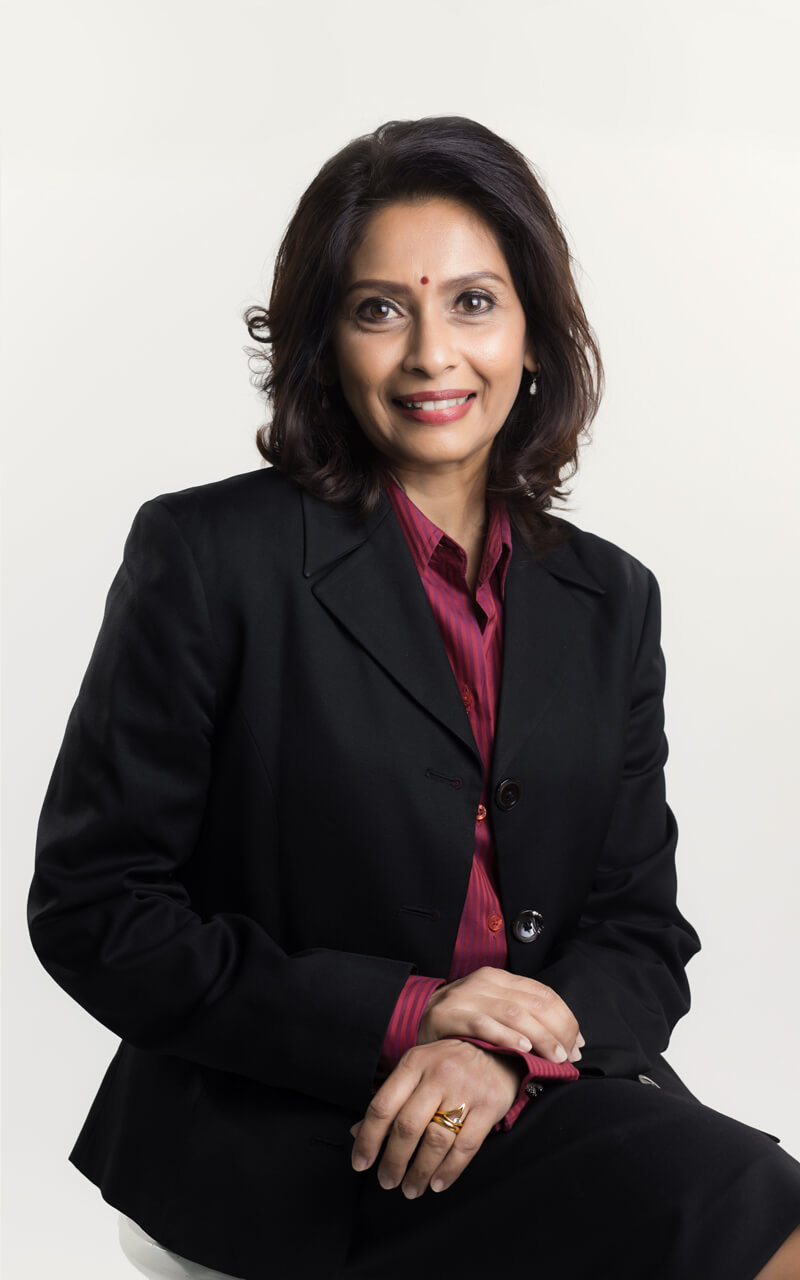 Sitpah Selvaratnam was admitted to the Malaysian Bar in 1990 and commenced her career at one of the largest law firms in Malaysia, where she later became Partner.

At the turn of the millennium, Sitpah co-founded TOMMY THOMAS.

Sitpah’s practice is focused on corporate insolvency, commercial and shipping litigation and disputes. She represents diverse Malaysian and foreign corporations and commercial interests in the High Court and Appellate Courts of Malaysia.

Having graduated from Cardiff and Cambridge Universities with specialization in International Trade and Maritime Law, shipping and admiralty issues have been her passion since the mid-eighties. In 2002, Sitpah was appointed to the first Admiralty and Shipping Law Committee established by the Malaysian Bar Council and later elected its Chair, signaling recognition by her peers of her expertise in this specialised area of law. Having presented papers on the reform of the admiralty and shipping laws and practice in West Malaysia, championed the need for a Specialist Admiralty Court and initiated the two Admiralty Practice Directions which came into effect in 2007 and 2012, Sitpah continues her active involvement in shaping the nation’s maritime laws and practice. She is the founding President of the International Malaysian Society of Maritime Law, a society established in April 2016 and affiliated with Comite Maritime International. In the face of the COVID-19 pandemic, Sitpah was instrumental in drafting the necessary amendments to the Rules of Court, to adapt arrest procedures to the challenging circumstances.

pre-eminent shipping litigator in Malaysia......an extremely hardworking and savvy advocate with a first-rate brain and the technical ability to match.”

In her 30 plus years of practice, Sitpah has been involved in over 100 shipping In Rem and In Personam actions, including arrest of ships, charterparty and cargo disputes, collision and shipyard claims. Disputes pertaining to international trade, documentary credit, marine insurance and damage at ports and in transit fall squarely within her expertise. Deserving of special mention is her high profile historic arrest of the superyacht “Equanimity” in August 2018, based on the constructive trust and tracing rights, that realized USD 126 million for the Government of Malaysia upon a judicial sale; in one of the biggest recovery in the 1MDB global fraud. In the wake of the 2008 global financial crisis, she represented an international bunker supplier in successfully securing judgment under a fixed price bunker supply contract against one of the largest tanker owners in the world. As a natural extension of her expertise, Sitpah represented the financiers of the OWB Bunker Group in Malaysia as a part of their global recovery exercise amidst the latter’s insolvency in 2015. She continues to advocate in internationally profiled bunker disputes and to push maritime frontiers in relation to interim rights of injunction and relief.

a leader in the field of maritime disputes. I would recommend her a thousand times”

Beyond the sphere of Maritime Law, Sitpah enjoys the additional privilege of working with consortiums of bankers and financiers in Banking and Corporate Insolvency Litigation. She is highly experienced in the intricacies of corporate receivership, rights under debt restructuring, schemes of arrangement and work-out proposals of Special Administrators. She is at her best when insolvency issues present themselves in shipping disputes.

enjoys a stellar reputation in the market...”

Sitpah has been featured in successive editions of The Asia Pacific Legal 500 since 2005 and described in its 2007/2008 publication as “…the brilliant Sitpah Selvaratnam”. She was also singled out by Shipping & Transport International, published in London in 2008, as a significant maritime personality.

outstanding” Sitpah Selvaratnam......probably the best maritime lawyer in Malaysia......Clients appreciate her “quick response” describing her approach as “to the point”